Leave a comment Posted on April 4, 2015 by Couch2Road_Liz Uncategorized

Leave a comment Posted on March 20, 2015 by Couch2Road_Liz Gizmos & Gadgets

Take a deep breathe, because this next step to creating the ultimate media center is going to walk you step by step on how to set up your server.

My husband has been working on quite a project lately. Of course it has required hours upon hours of sitting in front of the t.v. and computer to get it accomplished.  It really is an interesting build. This week, he published what you will need to get the job done.

Check it out here!

Leave a comment Posted on August 17, 2014 by Couch2Road_Liz Our Future, Science!

I have always had a fascination with scientists and their detail on glacier observations. There is a trend that is becoming well known about glacier ice melting at the polar ice caps. With every passing year, comes more evidence of this snowball effect of global warming.

The first alarming thing that you need to realize is we need a warming trend for many years before large glaciers start melting and in turn causing sea level rises. More details are being discovered between the connection of humans and natural climate changes.

Ben Marzeion and his team used computer simulations to show models of all glaciers on the planet between 1851 and 2010 and how they would react with natural and man-made influences.

“While we keep factors such as solar variability and volcanic eruptions unchanged, we are able to modify land use changes and greenhouse gas emissions in our models,” says Ben Marzeion, who sums up the study: “In our data we find unambiguous evidence of anthropogenic contribution to glacier mass loss.”

The computer simulation determined that between 1851 to 2010, the glacier ice mass loss was only about 25% cause by humans. But, don’t breath a sigh of relief just yet.

The team also found that between 1991 and 2010 that figure increased to two thirds of ice melt caused by humans.This is quite shocking, because it tells us that humans are responsible for 295 billion tons of ice melting in the past two decades.

I love technology and I love what it has helped us achieve in the last 50 years, but I also hate that we are making such an impact on mother nature due to some of our techniques of moving forward as a species.

But, who knows..maybe I’ll love the ocean view from my home in Pennsylvania someday.

Leave a comment Posted on August 14, 2014 by Couch2Road_Liz Gizmos & Gadgets

Wibbitz has developed a mobile app that allows it’s user to literally watch a news article on a video with Version 3.0.  This is a new concept that takes big news stories and turns them into 1 minute long videos.

How it works is the app skims through the text of the article for details like names, locations, and numbers. Then, it mashes all these details through photos, maps, and graphs from around the web to create a video.

This is something new, creative, and down right awesome. I want to try it. Unfortunately, it is only available for the iPhone, iPad, and iPod touch and it is not optimized for the iPhone 5.

Maybe this is just the beginning for article to video technology.

Leave a comment Posted on August 13, 2014 by Couch2Road_Liz Uncategorized

I noticed an article that said the pre-pre-pre alpha is available for free play, I was reminded of what I’m missing out on. All those years of tied up into “adult” responsibilities. Gone!

I’m one of the very few girls that have played Unreal Tournament back when and I long for that connection again. Of course, a Tweet set me into this nostalgic realm.

It has been too long. The years have passed and I’ve grown into a woman with a career. But, I still remember. It must be a like a bicycle — once you learn, you can never forget.

I was one hell of a player. I captured the flag for the team and took out the best of ’em.

Oh the good ‘ol days..I need to get on the ball!

OnePlus has canceled their contest after an angry uproar about their shallow rules.

I, for one, am quite disgusted by the apparent sexist terms of this contest and it is a very bad move for OnePlus.  Maybe I’m overreacting, but it takes more than myself to shut this thing down.

Here is the very description set forth before your eyes:

As we close in on the 200K mark for the number of registered forum users, OnePlus wants to give a shout out to the few but beautiful female fans in our community with our Ladies First contest.

In true gentlemen fashion and because chivalry is not dead, we are giving the lovely ladies of OnePlus a chance to skip the invite line and introduce themselves to us.

Ladies (and only ladies, sorry guys, ladies first), the rules are simple:
Draw the OnePlus logo on a piece of paper or on your hand/face/wherever (so we know it’s really you)
Take a photo of yourself with the OnePlus logo clearly visible
Post the photo in this thread

The 50 most well-liked ladies will receive an invite and a Never Settle t-shirt. Additionally, we will be giving out another 100 invites at random to any lady who participates in the contest. The contest begins today and ends on Friday. We will announce the winners on Monday.

Was this their intention — to rattle the cage?

With so many feminist supporters out there, how could they think that this was a grand idea?

I’m not a feminist, I’m a equalist. But, this is just wrong.

Leave a comment Posted on August 11, 2014 by Couch2Road_Liz Health

Seriously, it is that simple!

Those Lone Star ticks or Amblyomma americanum actually make you allergic to meat once they have bitten you!

This reaction is caused by a sugar (Galactose-alpha-1,3-galactose) that is passed from the tick to the host that isn’t naturally seen in a mammal.

This is a ‘relatively’ minor symptom of a bite from a Lone Star tick.  Other symptoms include the feeling of being on fire and the inability to breathe. Most can still eat chicken and fish when bitten from this tick, but some dairy products may trigger a reaction.

But, watch out..it could take up to eight hours for the onset of a meat allergy to occur. 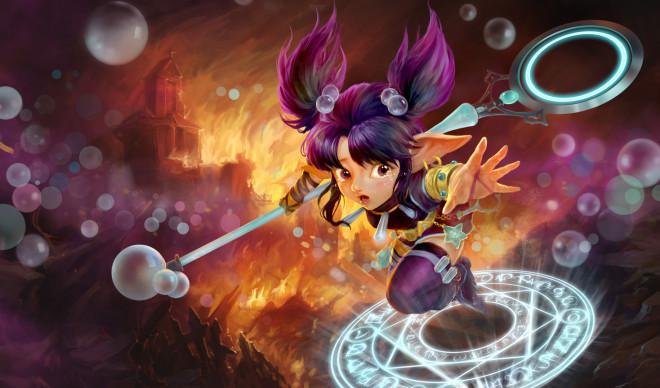 All you have to do is build a custom map and if you win, it becomes a playable map on Heroes of Newerth!

Winners will be announced on November 7th..so get to it, my little worker ants!

Learn more about the Heroes of Newerth contest here.

First off, HI everyone! It has surely been a long time since I posted anything here. But here I am!

Anyway, I’m here to share my giggly excitement about a simply, cute little “robot”. Some engineers apparently made a little robot out of paper and shrinky dinks. This little guy crawls without any

assistance from the engineers!

“Getting a robot to assemble itself autonomously and actually perform a function has been a milestone we’ve been chasing for many years,” said senior author Rob Wood, Ph.D., a Core Faculty member at the Wyss Institute for Biologically Inspired Engineering at Harvard University and the Charles River Professor of Engineering and Applied Sciences at Harvard’s School of Engineering and Applied Sciences (SEAS). The team included engineers and computer scientists from the Wyss Institute, SEAS, and the Massachusetts Institute of Technology (MIT).

Even though it is so simple, we are going in the right direction into building robots that assemble themselves into workable form. I’d say that is an accomplishment.

Included in the build of this little guy, engineers added a two motors, two batteries, and a micro-controller.

You can read more here.